The 2013 Nuits Saint Georges 1er Cru Les Murgers has a cohesive bouquet with red currant, raspberry and just a touch of tinned peach, quite Vosne-like in style. The palate is medium-bodied with supple tannin, the oak needing a little more time to fully integrate. But it is endowed with a pleasant, endearing spiciness, almost fieriness that lends the finish intrigue. This has finesse and focus, constituting and supremely well-crafted 2013. Word on the street (and I don’t know exactly what street, but one where wine-lovers gossip) is that Domaine Hudelot-Noëllat is “kicking arse” these days. I believe that’s a technical term for fashioning wines with elegance, poise and that abstract term: “pinoté.” Charles van Canneyt, “a bit of a dish” according to several friends of the fairer sex, has steered this domaine in a positive direction. Once their wines were “respectable.” Now, recent vintages have warranted a small but perfectly formed flotilla of superlatives. Charles told me that he started the harvest on October 5 and used 20% new oak for the village crus and 30% to 50% for the premier crus. Like many winemakers, he blended the stems into the vat, between 20 to 25%. The malolactics here were late…very late. In fact one or two of the cuvées still had not completed their malo by the time of my visit at the end of November (I suspect that is partly because their capacious cellar always feels a little colder than others.) “Personally I prefer 2013 [to 2012] because you can easily tell the terroir. It has good potential for cellaring because there is good quality of tannin and because of the acidity, which is more present in the 2013. That gives more energy in the wines,” he remarked. I have to say, this represented a very consistent and occasionally inspiring set of 2013s that climaxed with a show-stopping Romanée-Saint-Vivant, so luxurious and pure that I suggested to Charles that he serve the sultrier Richebourg before it. It evoked memories of a divine 1980 that I had popped just the week earlier. This domaine’s 2013s come strongly recommended and here I agree with Charles that they may well surpass the 2012s – a remarkable feat given the growing season. Do not overlook gems such as the three Vosne Premier Crus (Malconsorts, les Beaumonts and les Suchots) while their Vosne-Romanée Village ’13 is one of the best that I tasted during my five weeks of tasting. [01/12/2014]

Healthy full red. Perfumed aromas of black cherry, raspberry and rose petal lifted by spices. Sweet, sappy and light on its feet, with red berry and floral flavors displaying lovely sucrosité and inner-mouth aromatic lift. Finishes with sweet tannins and subtle notes of leather and earth. A very elegant Vosne-side Nuits-Saint-Georges, and a distinct step up in quality from the preceding wines. [Stephen Tanzer, 01/01/2015]

Fine wines from the same region 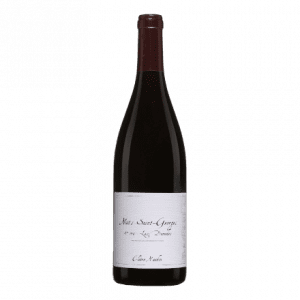 HK$11,430HK$1,905 / Btl.2 in stock
Europe Stock: ETA 4-6 weeks
ALL IN PRICE (incl. door to door HK delivery)
30 days free storage at our HKQAA-Certified facility
Add to cart
Cote d'Or Fine Wines
We use cookies on our website to give you the most relevant experience by remembering your preferences and repeat visits.
By clicking “Accept”, you consent to the use of ALL the cookies.
Cookie settingsPrivacy PolicyACCEPT
Privacy & Cookies Policy

This website uses cookies to improve your experience while you navigate through the website. Out of these cookies, the cookies that are categorized as necessary are stored on your browser as they are essential for the working of basic functionalities of the website. We also use third-party cookies that help us analyze and understand how you use this website. These cookies will be stored in your browser only with your consent. You also have the option to opt-out of these cookies. But opting out of some of these cookies may have an effect on your browsing experience.
Necessary Always Enabled
Necessary cookies are absolutely essential for the website to function properly. This category only includes cookies that ensures basic functionalities and security features of the website. These cookies do not store any personal information.
Non-necessary
Any cookies that may not be particularly necessary for the website to function and is used specifically to collect user personal data via analytics, ads, other embedded contents are termed as non-necessary cookies. It is mandatory to procure user consent prior to running these cookies on your website.
SAVE & ACCEPT